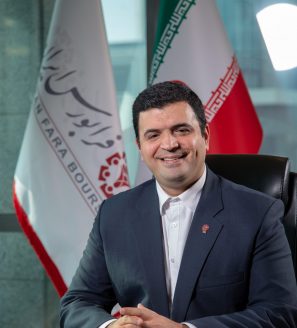 Mr Amir Hamooni has been the Chief Executive Officer (CEO) of Iran Fara Bourse Securities
Exchange (IFB) since September 2012. He also is acting as the Board Member of Iran Financial
Center.
He has acted as IFB’s Market Operations Manager from 2010 to 2012 until his appointment to the
CEO position. Formerly, Mr Hamooni had served as an executive for the Securities & Exchange
Organization’s (SEO) Surveillance for 5 years.
Mr Hamooni holds a Masters degree in ‘Economics’ from Tehran University where currently he is a
PhD candidate.