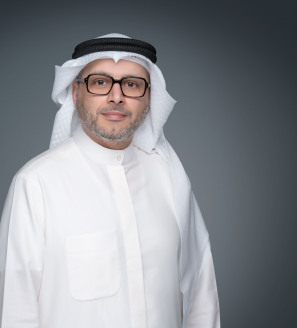 Boursa Kuwait was founded in April, 2014 by the Capital Markets Authority Commissioners’ Council Resolution No. 37/2013 dated 20 November, 2013, replacing the Kuwait Stock Exchange (KSE), to become the nation’s official exchange effective 25, April, 2016.
Since its inception, Boursa Kuwait’s mission driven strategy focuses on developing the overall market status in line with international standards, and addressing market needs through the provision of investment tools, restructuring the market to increase its competitiveness and liquidity, reinforce transparency and management, elevating investor confidence and attracting investments with a view to issue an IPO to Kuwaiti citizens later this year.
To that effect, and as a result of several far-reaching market reforms undertaken by Boursa Kuwait over the years, it has proudly achieved prominent milestones that have positioned it in the forefront among other exchanges in the region. The most recent was the reclassification of Kuwait’s Capital Markets to an ‘Emerging Market’ status by the world’s largest index compiler, MSCI, which was announced in June, 2019, currently making it the largest member of the MSCI main frontier gauge. This follows Kuwait’s inclusion in S&P Dow Jones Indices’ (S&P DJI), Global Equity Indices, with Emerging Markets classification in December 2018, and in the FTSE Russell Emerging Markets Index in September 2017.
Moreover, Boursa Kuwait’s ongoing progressive market reforms have set the path for the seamless implementation of numerous regulatory and operational enhancements in the Kuwaiti equity market. Accordingly, Boursa Kuwait has introduced various product and services for both issuer clients and investors, including a new rulebook, which helped the company to specify new three-tiered market segmentation, consisting of the premier market, the main market, and the auction market.
Boursa Kuwait partial privatization, which successfully took place in February 2019, is testament to Boursa Kuwait’s unwavering efforts over the past months. This step is expected to boost the country’s position as a regional financial center in tandem with the New Kuwait 2035 state development strategy.