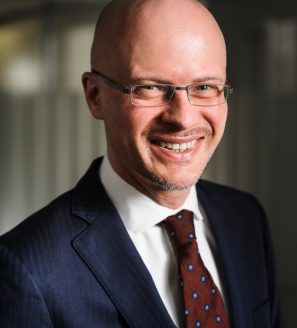 Mr. Pivovarsky joined the EBRD in 2008 as a Principal Economist at the Office of the Chief Economist. He subsequently served as a senior adviser in the bank’s corporate strategy department and deputy director in the Office of the President. Immediately before his appointed to the current role, Alex led the EBRD’s team in Belarus helping to scale up the bank’s banking and policy dialogue efforts in that country. Prior to joining the bank, Alex worked at the IMF where he contributed to negotiating stabilisation programmes in countries around the world. He also led a reform advisory programme for Ukraine at the Harvard Institute for International Development. Alex holds Master’s and Doctoral Degrees in Public Policy from Harvard University and a diploma from the University of Kyiv.