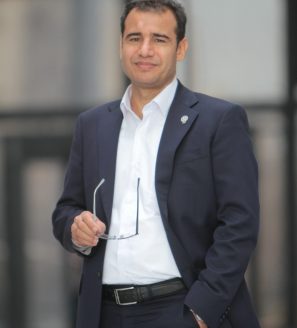 Mr. Ali Sahraee, CEO of Tehran Stock Exchange (TSE) is a graduate of accounting and holds a DBA degree. He started his career in Iran’s capital market in July 1998,and during his two decades of experience in Tehran Stock Exchange, he has been an officer in “Equities and Projects Inspection”, and “Market and Surveillance” departments. He has also served as a chief officer of “Operations and Surveillance” department. After the restructuring of Iran’s capital market in February 2006, Mr. Sahraee was promoted as the director, and later as the vice president of Market Department. Since 2017, he has been a board member of Iran Fara Bourse, Iran’s junior Exchange.
He was elected as the CEO of Tehran Stock Exchange in 2018.