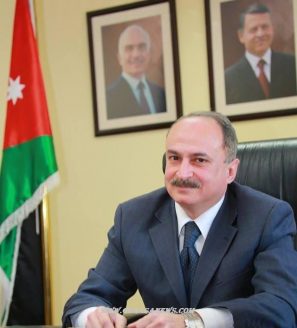 Mr. Wathaifi joined the Amman Financial Market at the end of the year 1984 and became head of the Studies and Research Department in the market in the year 1997, and then he became director of the Research and International Relations Department at the Jordan Securities Commission from 1999 until he was appointed CEO of the Securities Commission in 2013. And he remained until he was appointed in accordance with the decision of the Council of Ministers as a member of the Commission’s Board of Commissioners in July 2014, in addition to performing the functions of the Secretary-General of the Commission. In September 2019 he was appointed as the CEO of the Amman Stock Exchange. He has many researches and papers on the capital market and is a liaison officer with a number of Arab and international organizations and a member of several committees affiliated with these organizations, the most important of which is the Federation of Arab Securities Authorities, the International Monetary Fund, the World Bank, the International Organization of Securities Regulatory Authorities IOSCO and the Organization for Economic Cooperation and Development OECD. Mr. Al- Wathaifi holds a master’s degree in financial sciences specializing in financial markets and participated in many specialized courses and events held in Arab and international universities and institutions.