The Egyptian Exchange (EGX) and the Ministry of Foreign Affairs, through its educational arm, The Institute of Diplomatic Studies (IDS), have agreed to provide lectures to new diplomats, introducing the role of capital market in supporting and developing the economies and contributing to the goals of economic and social development plans.  These lectures are a continuation of EGX’s efforts to promote the Egyptian financial market internationally enhancing the opportunities to attract foreign investment to promote economic growth in Egypt.

Dr. Mohamed Farid, Executive Chairman of EGX, through his lecture to batch 52 of diplomates, reviewed the developments of the economic reform program adopted and implemented by the Egyptian Government, which contributed to stable growth rates, the steady macroeconomic indicators as well as the growing role of the private sector in Egypt.

He added that the economic reform program implemented by the Egyptian Government is a different one from all other economic programs executed throughout the ages.  The current program dealt with the main issues which are the deficit of the state budget, reviewing all the milestones of the current reform program; fiscal, monetary and legislative policies, starting with the issuance of the VAT law through to the liberalization of EGP FX rate and the subsequent structuring of fuel subsidies, regulation of the energy market and the pricing of products.

Ambassador Khaled Radhi, the Assistant Foreign Minister and Director of the Diplomatic Institute (IDS), expressed his appreciation for the speedy response of EGX to the Institute’s proposal for cooperate to build the capacity of diplomats “ambassadors of the future” in matters related to capital market, and to enhance cooperation that contributes to the presence of diplomatic missions abroad.

EGX’s Executive Chairman called on future ambassadors to market the latest Egyptian Economic Developments and the resulting investment opportunities, especially in the Egyptian stock market to the business communities in the countries of their mission worldwide, to attract more investment. 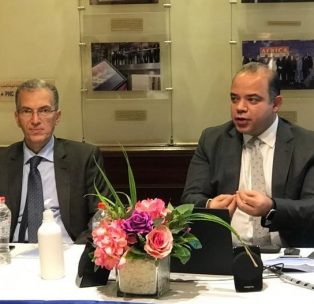 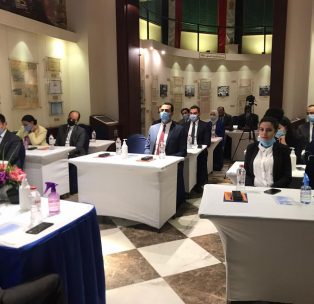