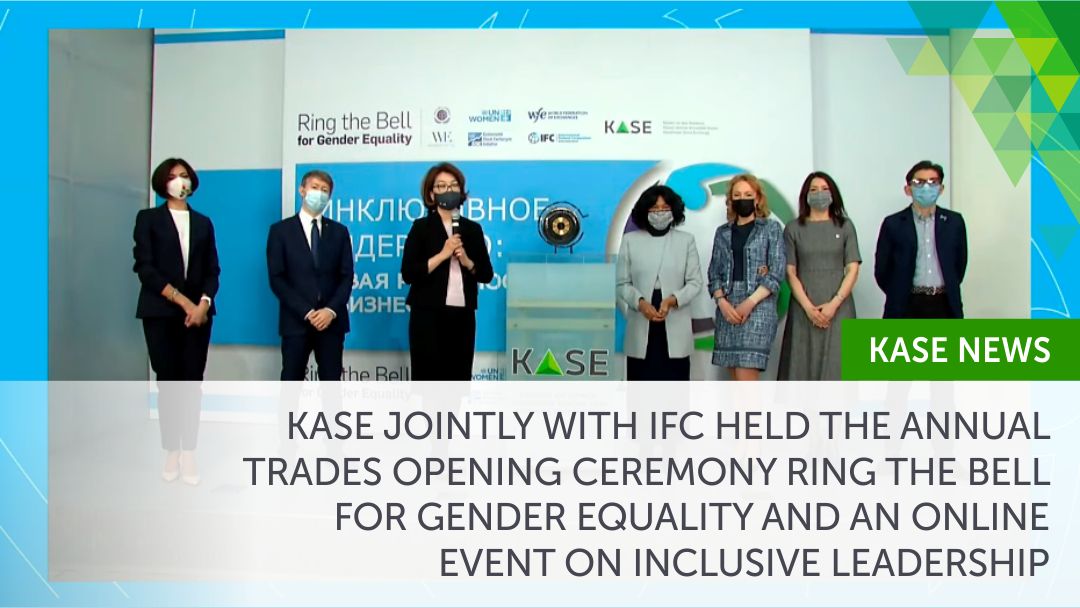 The trades opening ceremony Ring the Bell for Gender Equality is intended to draw the world’s attention to issues of gender diversity and the empowerment of women in politics, economics and business.

This year, the Exchange held this ceremony for the 4th time as part of the UN’s Sustainable Stock Exchanges Initiative, which KASE joined in 2015. The campaign is traditionally supported around the world by the UN Women, the International Finance Corporation (IFC), the Women and ETFs and the World Federation of Exchanges. In 2021, the opening ceremony is held by over 90 exchanges around the world.

Holding the trades opening ceremony Ring the Bell for Gender Equality has become a tradition for Kazakhstan’s financial community and a platform for the dialogue on the topic of gender diversity in the modern business environment. This year, the event was held in an online format and was aimed at drawing attention to the role of the corporate sector in promoting gender diversity to achieve the Sustainable Development Goals.

The event highlighted the main objectives of the global initiative Women’s Empowerment Principles (WEP), which KASE joined in 2019. “The trades opening ceremony Ring the Bell for Gender Equality and the events held within it have already become a tradition for KASE and are being held for the fourth time. Last year we adopted our own policy in the field of sustainable development, which defines the fundamental norms, principles, rules and approaches, which the exchange must adhere to in achieving the sustainable development goals, that is, in respect of careful handling of resources, corporate, social responsibility, promotion of standards. KASE is also one of the most balanced in terms of gender and national diversity. According to statistics, 30% of members of the Board of Directors , 40% of the Management Board and more than 60% of the staff are women”, – noted Alina Aldambergen, the Chairperson of the Management Board of KASE. 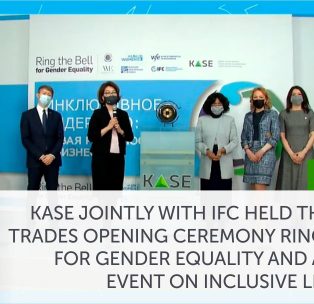 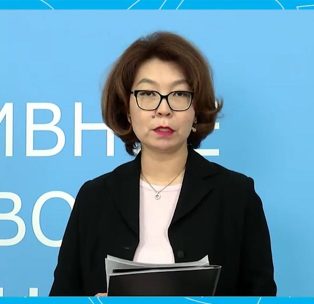 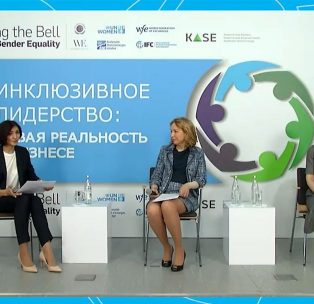 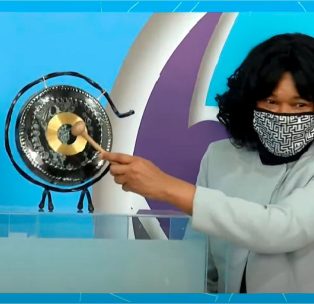