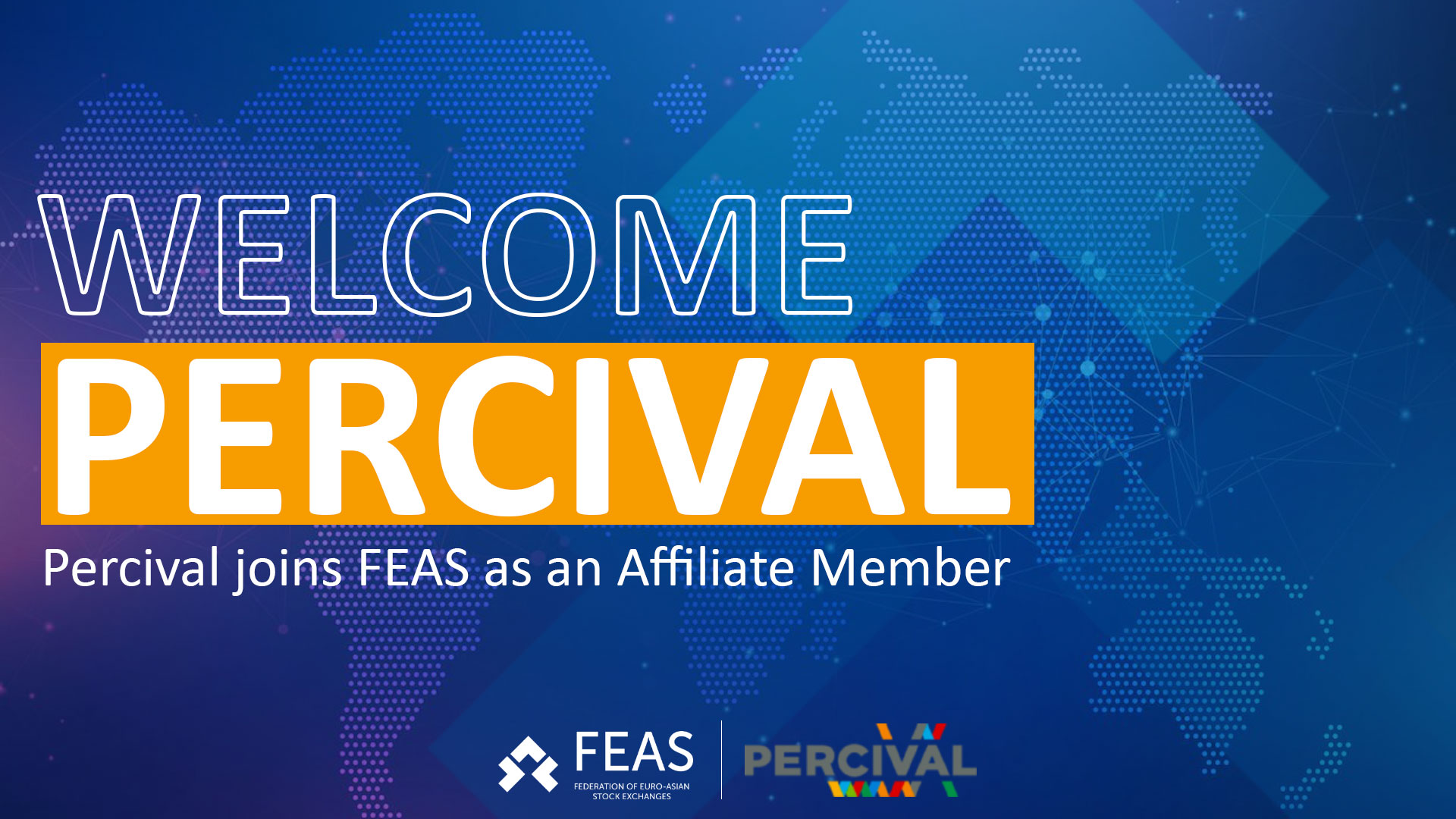 During the 34th Extraordinary General Assembly of the Federation of Euro-Asian Stock Exchanges, Percival was approved as an affiliate member of the federation.

Percival is a developer and vendor of advanced software solutions for Central Securities Depositories with Central Registry (CSD / CSDR) and Share Registration and Transfer Agents (RTA).

Today’s products from Percival include the REGARD system for RTAs, and the DEPEND system for CSD or CSDR operations.

With DEPEND, Percival have won 9 CSD contracts since 2008, spanning 21 countries.

The team has been together for over 15 years and is the most tightly-knit, knowledgeable, and efficient team committed to the continuous improvement of its expertise and product quality.

FEAS is happy to welcome Percival – This membership gives them an opportunity to get FEAS Benefits, such as business support, knowledge sharing through training and webinars, research and publications, PR Support, participation in FEAS Flagship event ConFEAS. With this membership earned Percival supports federation’s vision and mission to contribute to the cooperation, development, support and promotion of capital markets in the Euro-Asian Region (i.e. Europe, Asia and the Mediterranean Basin).

More about the company – percival.co.uk