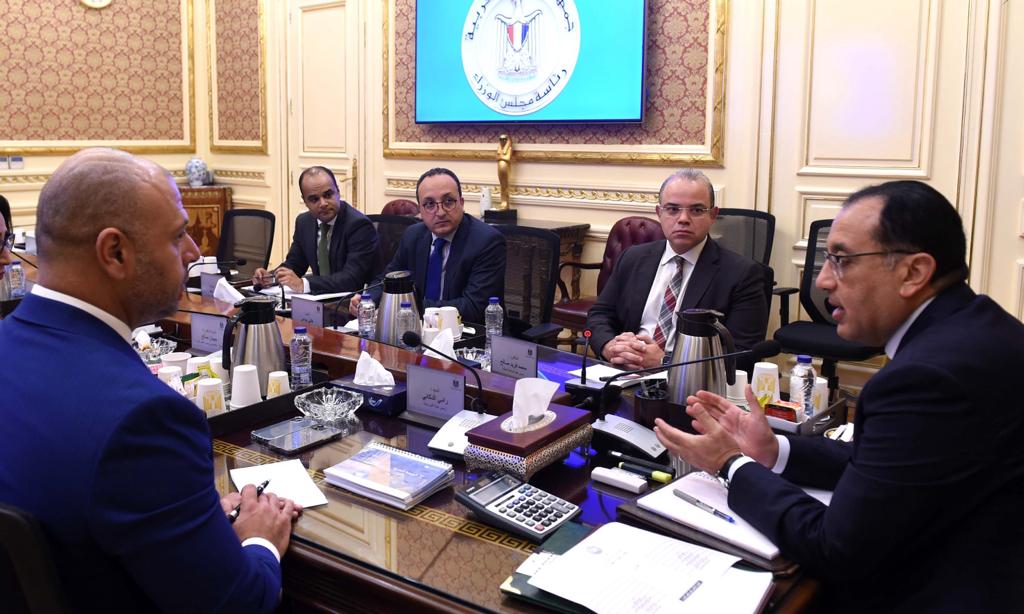 Dr. Mostafa Madbouly, Egyptian Prime Minister, held a meeting with Dr. Mohamed Farid, Chairman of the Financial Regulatory Authority (FRA), and Mr. Rami El-Dokany, Chairman of The Egyptian Exchange (EGX), to follow up on the latest developments in the Egyptian capital market.

Dr. Mostafa Madbouly stressed the keenness of the government to support capital market’s development efforts with the aim to improve the business environment in the best way supporting the Egyptian economy.

He explained that the SOE program to expand ownership through capital market is one of the government priorities abiding to the presidential mandates for economic reform, which includes enhancing the participation of the private sector.

Dr. Mohamed Farid, Chairman of FRA, pointed out that FRA is currently working in partnership with market parties to implement an ambitious vision for the development of the capital market while maintaining stability, integrity of transactions, as well as guaranteeing the rights of investors.  He pointed out that to implement this vision we have to work on the capacity building of market participants.

He added that the Authority is currently working on automating all non-banking financial services to ensure their efficient and quality delivery, in a way that enhances levels of financial inclusion and the integration of more segments of society to benefit from capital market activities, whether at the level of insurance, investment or financing.

Mr. Rami El-Dokany, Executive Chairman of the Egyptian Exchange, pointed out that EGX performance indicators witnessed improvement during the last period, influenced by the recent reform measures that have been taken at the level of monetary policy.  As the market capitalization of the listed companies achieved the highest value exceeding one trillion and 35 billion Egyptian pound.  He added that the number of new investors as well as the average daily trading values reflects the investor’s confidence in the market.

He stressed EGX’s continues efforts for the development of the Egyptian capital market through developing new products to diversify investment options, including financial derivatives, and activating the mechanism of short selling.  He also presented the efforts to increase institutional investment, especially through government institutions, which play a key role in activating the movement of the stock market and stimulating foreign investments.

EGX Chairman pointed out the number of new investors in 2022 that witnessed a growth of about 202% compared to their levels during the previous year. He added that the fruitful cooperation with FRA during the coming period to implement a number of solutions, including digitalization of opening new customers accounts.

El Dokkany added: “Both volumes and values trading witnessed significant improvement during the first week of January 2023, as the total trading values of listed and OTC securities till 9th of Jan. trading session amounting to about EGP 14 billion, and the daily average trading of listed shares amounted to EGP 2.67 billion during The first five sessions of 2023.