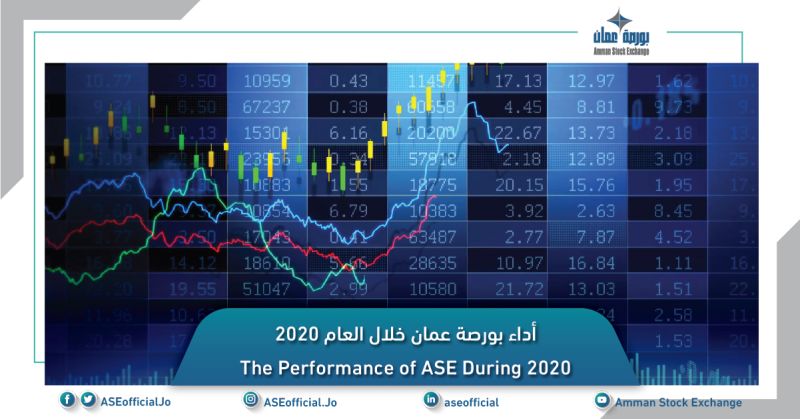 The Performance Of Amman Stock Exchange During 2020

The Chief Executive officer of the Amman Stock Exchange (ASE), Mr. Mazen Wathaifi, said that the repercussions of the spread of the Coronavirus had a clear impact on the performance of the ASE and on the listed companies, like other Arab and International stock exchanges, which were affected in varying degrees. He also said that the repercussions of the spread of the virus, the closure of the economic sectors, and the procedures that were taken as a precautionary measures to limit the spread of the pandemic formed pressure on the world’s economies and on companies’ activity, same situation for national economy and Jordanian companies. The trading value at the ASE decreased during 2020 reaching JD1.0 billion; a decrease of 33.9%, compared with JD1.6 billion for the year 2019. The number of traded shares reached 1.1 billion shares, traded through 421 thousand transactions, compared with 1.2 billion shares traded during 2019 through 503 thousand transactions.