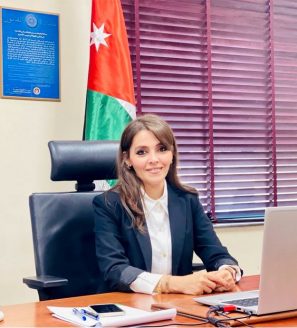 The Securities Depository Center of Jordan (SDC) is a public utility institution established in the Hashemite Kingdom of Jordan by virtue of the Securities Law. The SDC is commenced operation in May 1999 and is the only entity in Jordan that is legally empowered to oversee the registration of securities, deposit of securities, transfer of ownership, safekeeping of securities and clearing and settlement of securities transactions. The SDC is subject to the Jordan Securities Commission (JSC)’s monitoring and supervision.
The SDC’s governance structure consists of a seven member board of directors and a full time Chief Executive Officer. Four of the board members are elected by the general assembly of the SDC representing SDC members, whilst three of board members are being appointed by the JSC.
The SDC’s ability to performs its tasks, accomplish new projects, and meet market demand and new developments comes from the SDC’s electronic system, SCORPIO, “Securities Central Operation Registry Processing & Information Online (SCORPIO)®” an SDC-designed system that allows the SDC to undertake technical, strategic, and administrative initiatives to build and strengthen its infrastructure, implement and achieve its tasks and responsibilities. The SDC has been recognized by the Association of National Numbering Agencies (ANNA) and the JSC as the sole numbering agency in Jordan for the assignment of codes adopted by ANNA regarding the financial instrument includes International Security Identification Numbers (ISIN), Classification of Financial Instruments (CFI), and Financial Instrument Short Name (FISN). All securities registered at the SDC are numbered according to each code numbering scheme.
Based on the SDC’s continuous seek to enhance transparency and disclosure, it provides a lot of information through its website in a timely, accurate and updated manner such as board members’ names, holdings and trades, major shareholders, financial figures and statistical data. The SDC also provides a variety of electronic services. The SDC vision is to be an internationally distinguished organization effectively contributes in enhancing safe and stable investment environment supporting national economy. Thus, in the coming years, the SDC plans to:
• Introduce DvP Settlement for block trades.
• Update the SDC’s electronic System to make it web-enabled.
• Dividends distribution on behalf of the Issuers.
• Implement a new Document Management System.