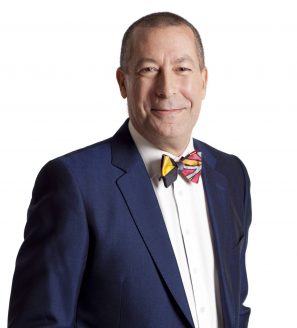 Percival is a developer and vendor of advanced software solutions for Central Securities Depositories with Central Registry (CSD / CSDR) and Share Registration and Transfer Agents (RTA).

Today’s products from Percival include the REGARD system for RTAs, and the DEPEND system for CSD or CSDR operations.

With DEPEND, Percival have won 9 CSD contracts since 2008, spanning 21 countries.

Our team has been together for over 15 years and is the most tightly-knit, knowledgeable, and efficient team committed to the continuous improvement of its expertise and product quality.

Percival was one of the first suppliers of Crest-compliant software to the UK and Irish markets and the largest single package supplier in that market.

Percival’s CSD solution handles the largest number of T2S accounts with DEPEND processing final settlement for more accounts than all other markets’ T2S solutions combined.

Percival’s implementation of DEPEND for the Estonian CSD in 2011 enabled it to become one of only five (5) CSDs with 100% compliance with the then applicable ECSDA standards, along with SIX SIS (Switzerland), Clearstream (Germany), Interbolsa (Portugal) & Euroclear (UK and Ireland).

Malta CSD, as a user of our DEPEND solution, was one of only five (5) CSDs that successfully joined T2S in the very first wave in July, 2015.

Estonia’s implementation of DEPEND in 2011, was the first in the world to offer a fully message-based service to account operators using the new ISO 20022 standard.

DEPEND’s clients, the Baltic countries of Estonia, Latvia, and Lithuania in 2017, were the first to comply and register the EU’s CSDR regulations.

In 1997, Percival re-established their technical team to Estonia to take advantage of the high level of local IT competencies.

Percival’s DEPEND is the only packaged-based CSD solution deployed any main market connected to T2S (all others are in-house or bespoke).

DEPEND represents the 8th generation of Percival’s CSD solution, these regular re-developments take advantages of the latest advances in technology and capital market regulations and disciplines; Percival offer a clear migration path to new versions of their products for all clients so that they can continue to have the latest functionality in production.

Percival have carried out eight (8) migrations from clients’ CSD legacy systems to the DEPEND CSD solution, including three from Equator.

One of the largest vendors of trade and post-trade solutions use Percival’s DEPEND for their own CSD business operations.

DEPEND was benchmarked in 2014 for the processing of single batch of 1,000,000 settlement instructions; the settlement batch took 9 minutes and 30 seconds to prepare; applying settlement finality took 5 minutes and 41 seconds.

All Percival products run on a mature, well supported and secure technical base with typically the lowest cost base in the CSD world for both implementation and ongoing operations.

During DEPEND’s implementation for the Baltic CSDs, it was subjected to and passed its penetration test to the highest standards.

Due to the configurability of the product and the ease with which it can be implemented and updated, Percival’s DEPEND implementation project team is typically at most five (5) people.

Percival have recorded 27 years of profits and only three years of minor losses, in over 30 years of operations.