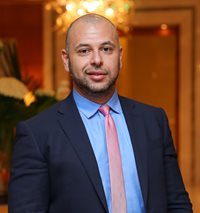 On 8 November 1909, the decree including the General regulations of the Egyptian stock exchanges was issued, but it came into effect on the first of September 1910, which was considered the beginning of the official license to open these stock exchanges. Laws 23 and 24 were issued, including the proposed legislative amendments to the Civil Trade Act and the Mixed Trade Law. These two laws gave the commodity and securities exchanges in Egypt extensive internal autonomy, thus giving them the necessary flexibility to perform their duties.
Since that date, the stock exchanges operations in Egypt has been based on the following pillars:
1. The new provisions of the Trade Law as per the two laws mentioned above, which included the basic rules regulating exchanges.
2- The general regulations stipulated in these provisions.
3. The internal regulations of each stock exchange.
4- Decisions of the Listing Committee.
5- The prevailing customs in the stock exchange
Under these rules, the Egyptian stock exchanges became official markets that were regulated by decrees, where trading is not valid, unless it took place in accordance with its provisions and conducted by licensed brokers. The abidance of rules and regulations is also monitored by government’s delegates.

Law No. 326 of 1953 regarding Trading of Securities.Law No. 326 of 1953 was subsequently issued, abolishing the decree issued on 31 December 1933. Thus, the stock exchanges started to be regulated by laws instead of amended decrees. This law continued in effect until the stock exchange was reorganized in 1957.
The General Regulations of Stock Exchanges as per Law No. 161 of 1957.Law No. 161 stipulating the General Regulations of the Stock Exchanges was issued, which has been in force for nearly twenty four years without any essential amendment. It is considered as the best law issued to regulate all stock exchange affairs.
Capital Market Law No. 95 of 1992.Law No. 95 of 1992 was issued on 22 June 1992, known as the Capital Market Law. This law is currently in force, with its Executive Regulations No. 135/1993 issued on 07/04/1993.
Presidential Decree No. 51 of 1997.The decision was issued addressing the provisions governing the management of Cairo and Alexandria Stock Exchanges and their financial affairs.
Law No. 123 of 2008 amending Law No. 95 of 1992.According to the Law, Cairo & Alexandria Stock Exchanges became one entity called “The Egyptian Exchange”.
Presidential Decree No. 191 of 2009This law regulates the structure and governance of the Egyptian Exchange, in addition to its financial affairs.

EGX is committed towards adapting international best practices on all fronts, inter alia, transparency, shareholders protection and advancing trading, while modernizing our relevant regulations and fostering technological advancements in light of the fast development and innovation in this area.

Improving trading environment is one of the key responsibilities to improve the investment environment in Egypt. The improvement is not confined to large corporations but also to SMEs, stemming from our believe of the paramount importance of the companies in the economy. Adding to that EGX aims at raising the awareness levels pertinent to sustainability issue while promoting future participation by the private sectors.

Last but not least, we believe that accomplishing EGX’s targets cannot be attained without the participation and collaboration of all participant including investors, financial institutions, listed companies, media, and NGOs.